Ghirardelli - How Sweet it is! 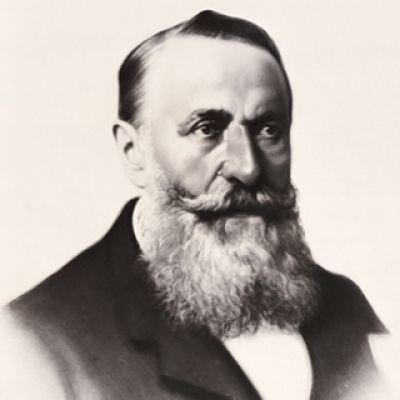 In 1817, Italian chocolatier Domenico Ghirardelli was born in Rapallo, Italy. This area, near Portofino in the Liguria region of northern Italy, is a favorite winter locale for affluent Italians of the north. It’s home to about 30,000 people and a place not only where Ghirardelli was born but where he died in 1894 at age 77.

Domenico’s father was a foods importer and, as a child, Domenico was apprenticed to a local candy-maker. At age 20, Ghirardelli and his wife were off to Uruguay to work in a chocolate and coffee business. After a year, he left for Lima, Peru where he opened a confectionery store and, after nine years, in 1847, sent his nephew to Mexico with hundreds of pounds of chocolate to open a chocolate business.

In 1849, Ghirardelli got news of a gold strike in California. He sailed off and tried his hand at prospecting before opening a tent-based store in Stockton where he sold supplies to fellow miners. In a short time, he opened a second store in 1850 in San Francisco. Ghirardelli had nothing but bad luck as both his businesses burned down; he opened a coffee business that, unfortunately, proved to be unsuccessful.

Soon after, with what few dollars he had remaining, he bought 200 pounds of cocoa beans and opened D. Ghirardelli & Co. in 1852…and the rest is history. He established a manufacturing plant and, by 1866, the company was importing 1,000 pounds of cocoa seeds a year and selling chocolate, coffee and spices to the U.S., China, Japan, and Mexico. One of only a few chocolate companies in the U.S., they controlled every aspect of the chocolate manufacturing process. Working with what the company calls “the highest quality” seeds, they produced several flavors and also sold chocolate bars and miniature squares, chocolate beverages and flavored sauces. In 1965, San Francisco declared Ghirardelli Square, where many buildings are located, an official city landmark.

In 1892, Ghirardelli retired as head of the company and was replaced by his three sons. Since 1998, the Ghirardelli Company is a division of the Swiss confectioner Lindt & Sprungi and the third oldest chocolate company in the U.S. They are headquartered in San Leandro, CA.