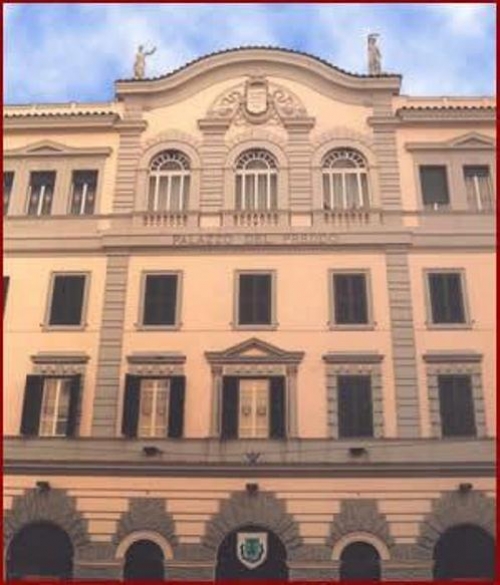 Gelato is one of the most important protagonists during the hot Italian summers. But which one is the best gelato? If you find yourself in Rome, you must try the gelato from the oldest and biggest gelateria in Italy, "Fassi."

The business started in 1880 by Giacomo Fassi who would sell ice and beer from a kiosk in the via delle Quattro Fontane, near the Barberini Square. He was then preceded by his son, Giovanni, nicknamed "the royal gelato-maker" since he was a baker for the royal family. When the royal family ordered all employees to shave their facial hair, Giovanni, who was very attached to his mustache, decided to leave and start a new career, or rather, focus on the family business, which started to evolve into gelato production. After moving the gelato shop around, from Piazza Navona to via Piave, he finally settled in via Principe Eugenio, where the gelateria is found today. Spending over a million liras, Giacomo transformed the gelateria in the "Palazzo del Freddo" (the cold palace), over 700 square meters of a gelato paradise. The Palace was even used by the Red Cross, during the WWII, to produce gelato for the American troops. In 1961, Leonida, Giovanni's took over the business. Today, Leonida's children, Daniela, Fabrizio and Giovanni, are in charge, each with a different position.

So why is Fassi's gelato so special? The answer is simple: its national and international fame is due to the high quality of the gelato which is produced with traditional methods based on Sicilian bakery recipes. Fassi, the oldest gelateria in Italy, offers different flavors of gelato, semifreddo, slushes, but the most important creation is the sanpietrino. This little cube of gelato is inspired by the famous Roman tile you can find on every single street in Rome. The sanpietrino is covered with different flavors of icing.

In the last years Fassi has exported its gelato outside Italy. One store was even opened in Los Angeles, but unfortunately the store is now closed. Other stores are found in Korea. To be precise there are 83 stores in Korea and the next opening is in Shanghai.

For those of you who will be in Rome this summer, I strongly suggest a stop at the Palazzo Freddo where you can learn more about the history of this family, but most importantly taste their delicious gelato that you will never forget.

Tweet
More in this category: « Traditional Easter Dishes in Italy How to Order Gelato in Italy »