On the Cover: Castel Monguelfo 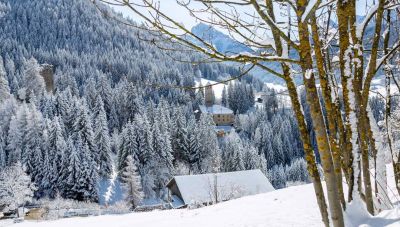 Known as Castel Monguelfo to the Italians and Schloss Welsperg or Welsperg Castle to the Germans, Castel Monguelfo is the oldest fortress in Upper Val Pusteria (the “green valley” in South Tyrol, the northernmost part of Italy). The ancient castle gives visitors three different perspectives. The first is as the setting for the story of a major Tyrolean noble family: the castle served as their family seat from when it was first built up until 1907. Over the course of almost 800 years, the family farmed the lands and had a marked influence on Tyrol. Secondly, visitors can discover it is built on the rare Welsberger Konglomerat (a special rock formation), which is “only” 100,000-years-old. Finally, visitors can take a castle-themed walk through the walls of the medieval fortification, tracing its gradual expansion of its ground plan into an architecturally unique form, the ward of Welsperg Castle.

Welsperg Castle, which is quoted for the first time in a document dating 1126, was built by the Lords of Welsperg (who were Barons of the Sacred Roman Empire since 1539 and Counts of the Sacred Roman Empire since 1693). The fortress played a particularly important role as the judicial and administrative seat of a wide area. When the family of the Lords of Welsperg extinguished, the castle and its possessions were inherited by the Counts Thun-Hohenstein-Welsperg (since 1910) who are still its owners.

Castel Monguelfo is a very special complex and can be seen from afar due to its high and slim castle tower which was built between 1126 and 1140. The primary functions of the tower were the possibility for observation as well as a bastion against offenders.

Visitors to Castel Monguelfo take a walk-through time. Start from the center of Welsberg and follow the marked trail to the castle. A roughly 10-minute walk through green meadows and thick forests leads along walls, towers and halls directly to the entrance. Enter the old walls, walk through the medieval rooms and turn back the hands of time.

From the entrance of the castle, follow the path down to the bridge, over the rolling river of Gsies, then along the Gsieser valley trail and turn left to the ruins of Thurn, a fortress built on the forested hills opposite Castle Welsperg. From up there, go back on the road “Gsieser” through the village to the starting point. The quite simple hike around the majestic medieval castle gives visitors a magnificent view of the historic village of Welsberg. 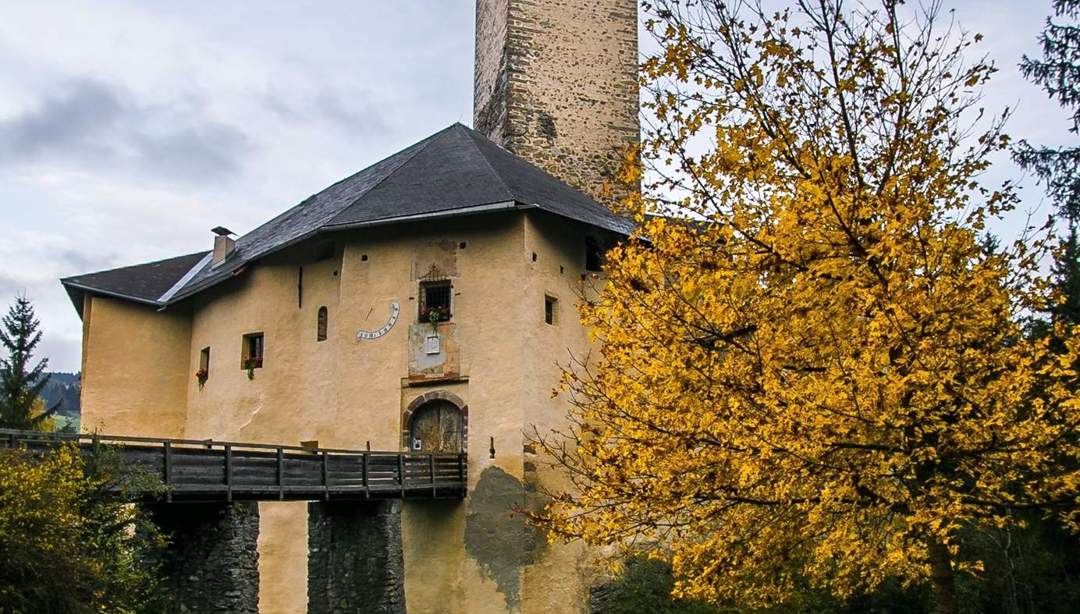 Tweet
More in this category: « A Look Back: A Magical Outdoor Theatre in Northern Italy On the Cover: The Battle of the Oranges »