The Bronx Tale of Chazz Palminteri 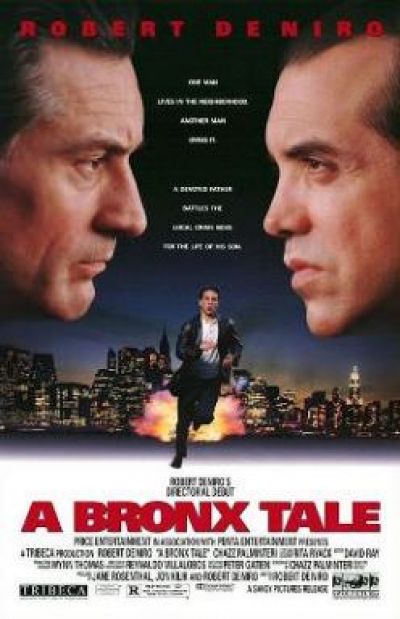 Chazz Palminteri is perhaps best known as an actor, but he is also a gifted screenwriter, producer and playwright. He was born in the Belmont neighborhood in the NYC borough of the Bronx on May 15, 1952.

While growing up on 187th St. in a tough neighborhood in the Bronx, he lived around “wise guys” and dreamed of being one until he fortunately decided to take the helpful advice of his law-abiding father, Lorenzo, a city bus driver, about not wasting his talent. At age 9, he witnessed a mobster murder someone in his neighborhood. He kept quiet about the shooting he witnessed to protect himself and his family. The “wise guys” in the neighborhood respected him for it and made sure that he was never mistreated by anybody.

Chazz graduated from Theodore Roosevelt High School in 1970. The same high school that Italian American baseball star Rocky Colavito attended. He decided to study to be an actor in 1973. He made his film debut in “Home Free All” in 1984. In 1986, he decided to move to LA for his acting career.

While in LA, Chazz found a job as a bouncer in a nightclub. Being tall in stature with an imposing look, it was the right job for him. He ended up getting a small acting role on an episode of “Hill Street Blues” in 1986. After getting fired from the job as a bouncer for refusing entry to a popular talent agent named Irving Lazar, he decided to write a play about his life experiences growing up in the Bronx. He started performing “A Bronx Tale” as a one-man show at a little theater in Hollywood in 1989. The show became a big success.

With only $200 left in the bank and million dollar offers, he refused to sell his play unless he played the mobster Sonny and wrote the screenplay. He ended up getting his wish after Robert De Niro attended his show in 1990.

De Niro made his directorial debut with the film of “A Bronx Tale” in 1993. He played Calogero's father in the film. Palminteri played Sonny and Lillo Brancato played Calogero as a teenager. The film helped launched Palminteri’s acting career. Some other notable film roles of his include “Bullets Over Broadway,” “The Usual Suspects,” “Analyze This,” and “A Guide to Recognizing Your Saints.”