Renanera - An ardent and contemporary infatuation with southern traditions 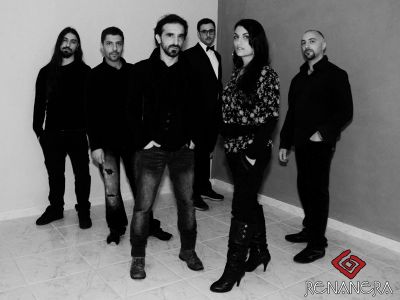 Even in today’s fast-paced world, ancestral heritage and customs can still etch indelible and enduring impressions that remain deep in the soul of modern society. Traditions that have been passed down from generation to generation serve as the common thread to a bygone time that many wish to honor and maintain. While successive iterations of a ritual or practice acquire a new “flavoring” characteristic of that time period; the results are often unpredictable, as some are for the better, others for the worse with the rest remaining the “status quo.”
Music is not exempt from this process. The songs of the ethno-pop or “world music” group Renanera adhere to a staunch reverence of ancient and rich melodies while expressing their passion through a blend of acoustic, vocal and electronic sonorities. The group is based out of the comune (village) of Lagonegro, located in the province of Potenza at the southwestern edge of the southern region of Basilicata. Their live presentation features an energetic blend of theatrical and musical interpretations of traditional Italian folklore songs performed in various meridional dialects.

The band’s debut album “Troppo Sud” (2012) was originally recorded on Antonio’s T.S.A. (Total Sounding Area) label. The recording contained 10 compositions comprised of originals, covers and traditional songs. The prestigious Rome-based label “Compagnia Nuove Indye” showed an immediate interest in the recording and obtained the exclusive licensing rights. The Basilicata affiliate of “Il Quotidiano del Sud” news agency graciously offered to print and distribute, gratis, the first 2,000 copies of the release. The title track “Troppo Sud” was the group’s first single and was selected for inclusion in the “Lucania Etno Folk Compilation.” Renanera produced videos for the songs “Core” and “Nu ball' pè sunnà” which achieved an impressive number of visualizations on YouTube.

Emboldened by their success and driven by their growing fan base, Renanera recorded a new advance video single “Campo (quannu moru po’ m’a scampo).” The song was entered in the 5th Edition of the “Musica Contro Le Mafie” (Music Against the Mafia) competition and captured first place. Upon completion of their tour, the group returned to the studio and put the finishing touches on the second album “Renanera” (2015). The recording was produced and mastered on Eugenio Bennato’s “Taranta Power” label and contained 13 songs which again featured a mix of originals, covers and traditional pieces. Guest vocal appearances by Eugenio Bennato, Vittorio De Scalzi, Michele Placido, Leon Pantarei, and Alessandro D’Alessandro signaled the group’s interest in pursuing collaborative associations to enhance their already rich sound and introduce them to audiences beyond the confines of the southern end of the peninsula.

The group’s first video single “Ballatarantella” featured the band at its creative best and demonstrated their commitment to promoting the ethos of “Sud Italia.” The group embarked on their first tour in support of the release and gained valuable stage experience and honed their performing skills appearing as the opening act for “New Trolls” legendary founder Vittorio De Scalzi on his solo tour. The finest moments were captured on the band’s first live recording “Renanera in Concerto” (2016). Renanera also participated in two special ventures, continuing their devotion to the composition and production of southern-themed, socially-conscious songs. “Fiore di Lucania” (2016) was included in the “Unione Musicisti di Basilicata” music project that was sponsored by the local Department of Agriculture and Rural Development. The goal of the project was to promote the food products of the area to alternative and disadvantaged communities. “La bellezza dell’anima” (2016) was a song recorded in the Grammelot language, (a satirical onomatopoeic gibberish) and was included on the “Matera Senza Tempo” soundtrack which sought to promote the southern Italian culture.

Tweet
More in this category: « East side, West side, all around the town... Abetito Galeotta - A complete musical group that is greater than the sum of its parts »